SFE "Begoml forestry enterprise" Vitebsk gplho is located in the South-Western part of Vitebsk region on the territory of dokshitsky administrative district and bounded on the North Postawski and Glubokoye SFE, in the southwest of the Minsk region, Logoisk forestry", Narochanski national Park, and on the East by the Berezinsky biosphere reserve. The extent of the territory forestry from North to South and 50 km from West to East – 59 km.

Begoml forestry enterprise organized on the basis of the local timber industry in accordance with the Decree of SNK of the USSR from July 2, 1936.

On the territory of the district there is the developed network of road and Railways. The total length of roads is equal to 1299 km, of which Republican total 66 km, local – 42 km, natural – 1191 km.

According to the forest zonation of the Republic of Belarus the territory of the forestry belongs to the subzone of broad-leaved-spruce forests Osmano-site of the Minsk district of Minsk-Borisov complex forests.

The climate is moderately warm, moist periods of the growing season in 184 days, with relatively mild winters and warm summers.

For the heat provision of the area of forestry belongs to the moderately warm climatic region.

The climatic conditions of the area of forestry are favourable for the successful growth of main tree species − pine and spruce and soft deciduous breeds and bushes. In addition to the basic forest-forming tree species in forestry can be grown in mixtures with other tree species, oak, ash, maple, as well as introduced tree species − European larch, Weymouth pine, and others.

In General it should be concluded that soil forestry soil have good potential to grow highly productive forests of different tree species.

The territory of Leskhoz is located on the watershed of the rivers Dnieper and Neman and belong to hydrological Vileika district. The main rivers of the area of forestry are: Berezina, Understand, Vilia, Bilberry, Plover, Galaza, Derain, Studenka. 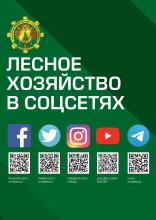